When you go off to refresh your tea, and you return to find that the office assistant has staged a coup d’état and assumed a senior management position. . . 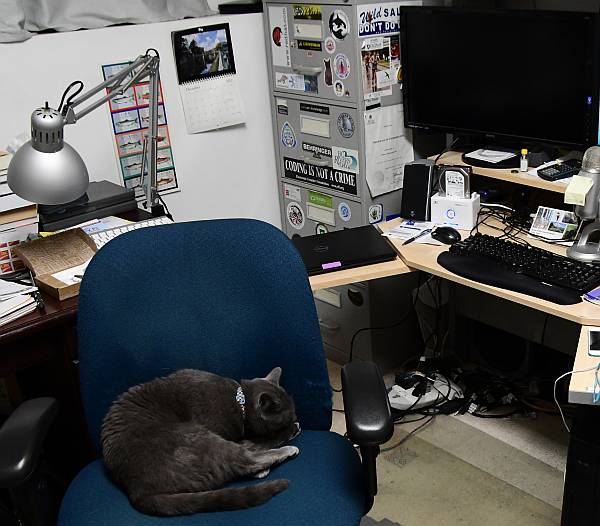 Fulfilling the most basic needs is so rewarding, eh?
Both our late Choco the Cat, and our present Sora the Cat, charge up the stairs from the basement bathroom after making a #2 deposit in the litter box.
Their uninhibited joy is wondrous to behold.
“I pooped, I pooped!”
A pee is a much quieter event, not warranting such exuberance

This disregard for the ‘hood has been going on for years every Halloween.

Not only do these inconsiderate folks irritate the neighbourhood for hours, freak out pets, and terrorize wildlife, they always leave a mess behind. 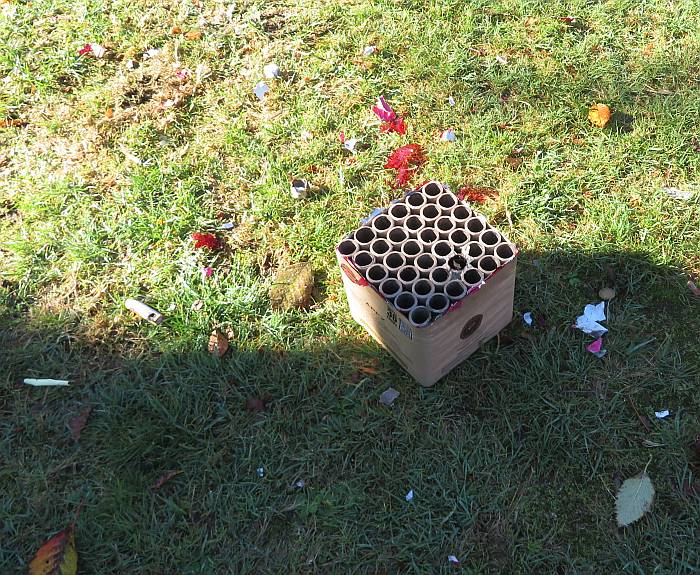 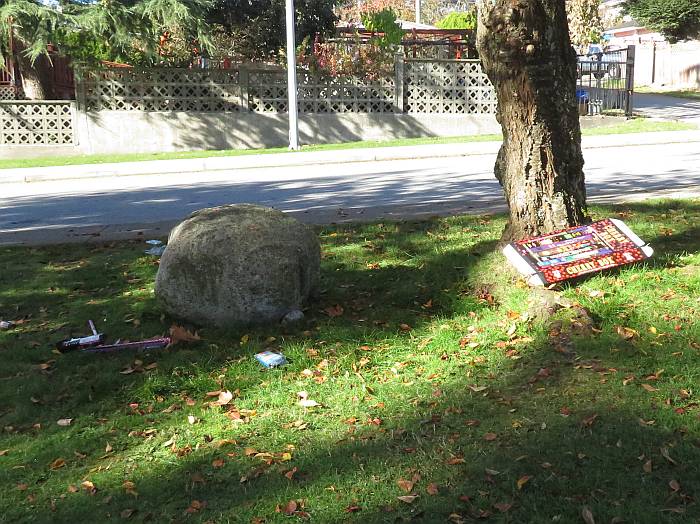 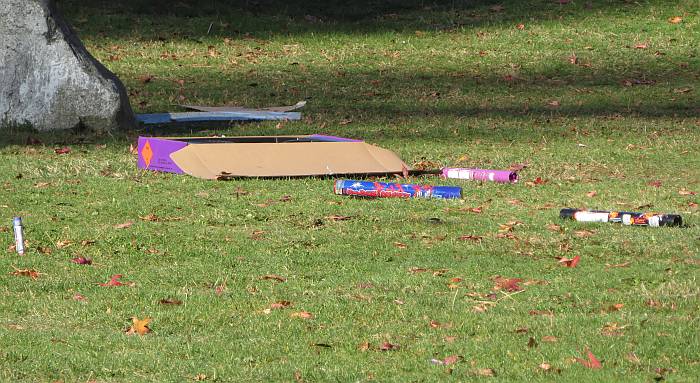 Look at that perfect form. . . Splash! 10s across the board!
Thanks for getting this shot, Yumi. 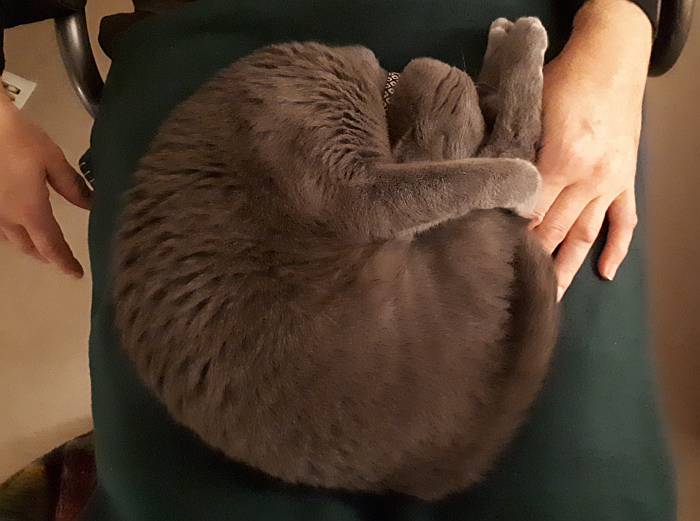 Sora is a highly intelligent cat. While Daddy is interested in baking bran muffins, she’s more into string theory. . .

Blueberry, sesame, oatmeal bran muffins. Oh, yeah, half a banana in there too. . . 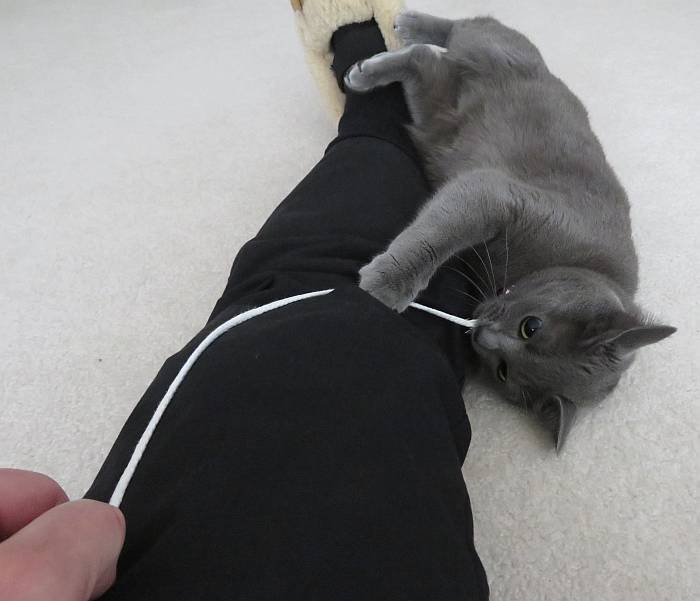 Someone started a thread on FB not too long ago asking if people talked to their cats. Of course! 🙂
Cat carers also know that cats talk to people, it’s just harder to interpret what they’re saying.
This is particularly true when it comes to illness, for cats are loath to admit/show they are sick. This is likely thousands of years of evolution, in which cats know it’s dangerous to display weakness.
Anyway, from the moment we woke up this morning, we noticed Sora was off. The usual “wake up everyone” French kissing and nose chewing was absent. She didn’t even jump on the bed. I had to go out and find her huddled on the stairs where she meowked plaintively at me like a frightened kitten. I had to carry her to bed for the morning cuddle. Odd.
Odder still was she ate very little of her breakfast. Now, Yumi and I joke that if I ever stop eating, I’ll be at death’s door :-). And Sora certainly takes after Dad in the eating department.
She was at the vet last week, and was given a clean bill of health, so we figured perhaps she’d eaten something weird and kept her under close observation to see if she deteriorated.

She fell asleep on my lap for several hours after lunch while I caught up on magazines, and later she had a bit of dinner. Still not the usual ravenous beast, but eating, drinking, and eliminating. Definitely perking up, and even chased her toys a bit.

UPDATE August 22: Back to her normal, bouncy, rascally self. Yay! 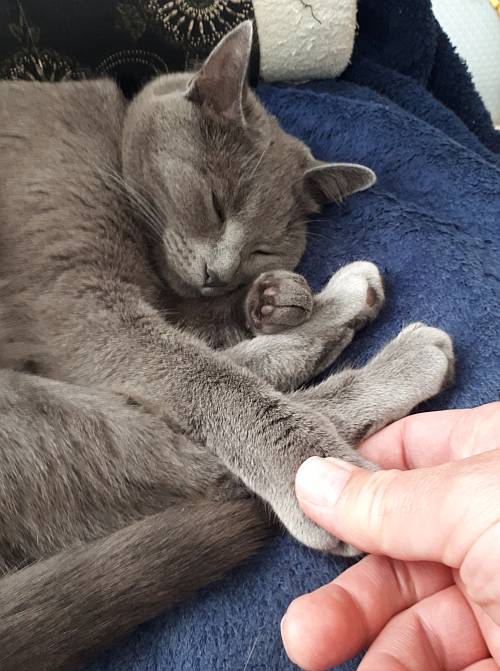 We got our first fresh corn on the cob today, and of course Sora the Rascally Cat had to try it. She’ll try pretty much anything, I don’t think she knows she’s supposed to be a carnivore.

About the only thing she’s turned her nose up at is carrots. 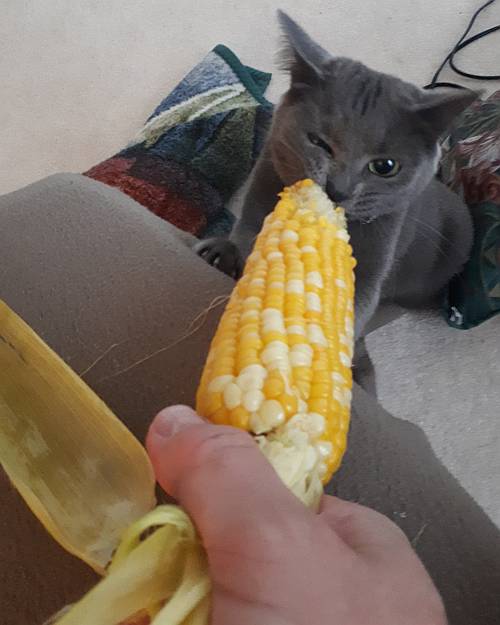 Sora the Rascal checking out mommy’s lunch (do I smell kamaboko fish cake with your zaru soba?), and then pulling daddy’s freshly laundered socks off the drying rack and playing with them. 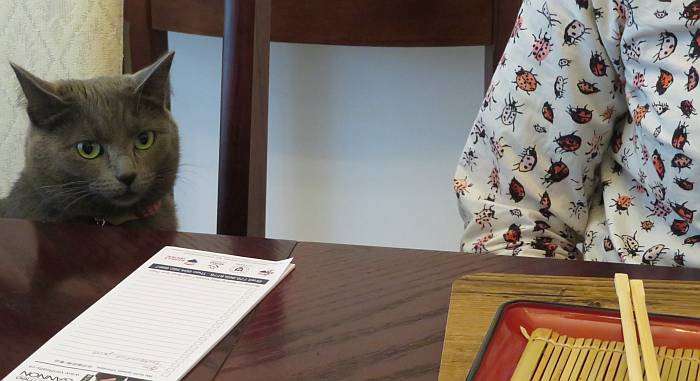 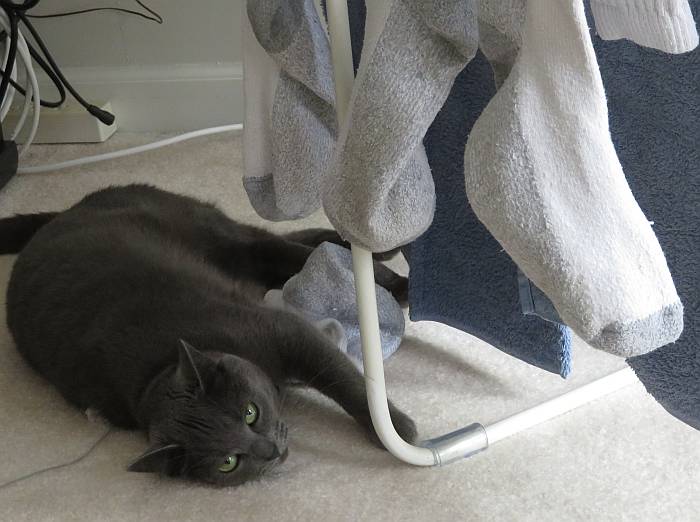 A Happy Canada Day from a sleepy Sora the Cat. Chilling out on this rainy day watching a lemon octopus pasta creation on TV Japan. I’m sure Sora would love octopus, doubtful about the lemon ;-). 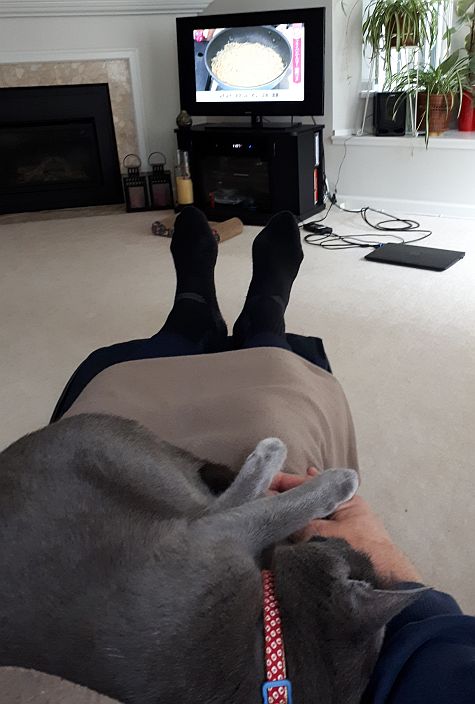 UPDATE: Well, this has been the dreariest Canada Day in my memory

Overcast, raining, and staying home.
For much of the day, we emulated Sora the Cat and snoozed, and watched too much TV. . .
Sora was a lovely lass, alternating laps and sharing her warmth with both of us. Thanks, kid! 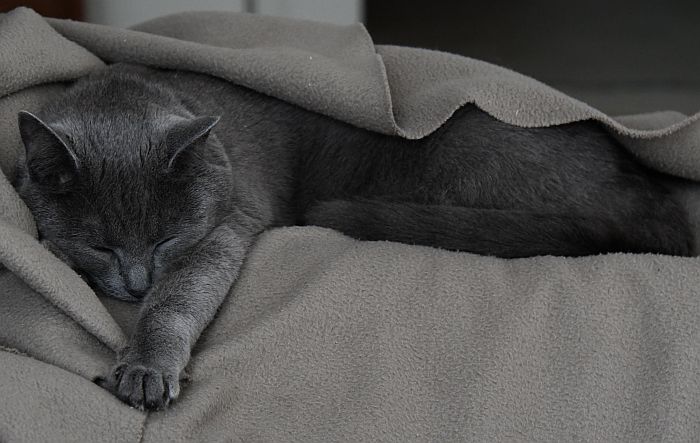