Despite being a Nikon SLR/DSLR user for over 40 years, I’ve always been partial to Canon point-and-shoots, particularly the Elph series for their teeny size and good quality.

I carry a camera 99% of the time, and the Elph series is shirt pocketable, if that’s a word. Yeah, yeah, I know the world has moved on to cell phones, but I still like a quality optical zoom and the ability to use various exposure modes.

My last Elph series, a 520HS, has been carried daily for several years, and has been battered and bruised. The nail in its coffin was a scratch on the lens that’s become an irritant.

So I’ve upgraded to a Canon SX720HS that was on sale for $110 off through the Canon Canada website. I got my eager fingers on it today, and am impressed, though a bit disappointed in how much larger it is. More like a cargo-pant pocket camera, or I could put the included case on my belt and look even more the nerd : -).

But then again, the 720’s capabilities are a fair jump beyond the 520’s, so it’s a more than fair trade-off. 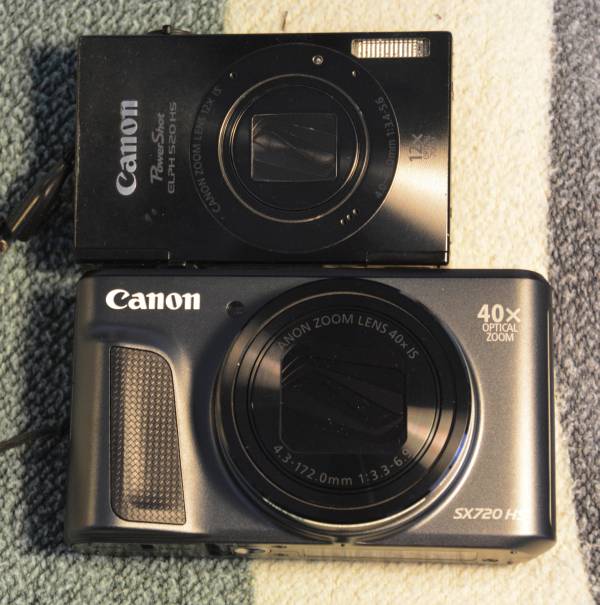