I have a fairly robust backup system for my office computers, and in particular my extensive archive of photographs.

I have two NAS (network attached storage) devices on my local network, one with dual 3 TB drives in it, the other with dual 1.5 TB drives.

I also have a couple of USB 3.0 “toasters,” or HD docks that enable hot-swapping of HDs, so that I can have several in rotation, with one always kept in a safety deposit box at my bank.

But I had no “permanent” backups, or in other words, ones that could not be accidentally overwritten. So even with backups on several HDs, the data on those HDs is always potentially in flux.

The solution many professional photographers and videographers seem to use is Blu-Ray backup, specifically to archival-grade M-discs. Once burned, these cannot be overwritten, and supposedly have archival lives reaching into many decades, if not the claimed centuries.

Each Blu-Ray M-disc can store 25 GB of data. I have read about photography backup systems in which flash cards are immediately copied to Blu-Ray for archiving. 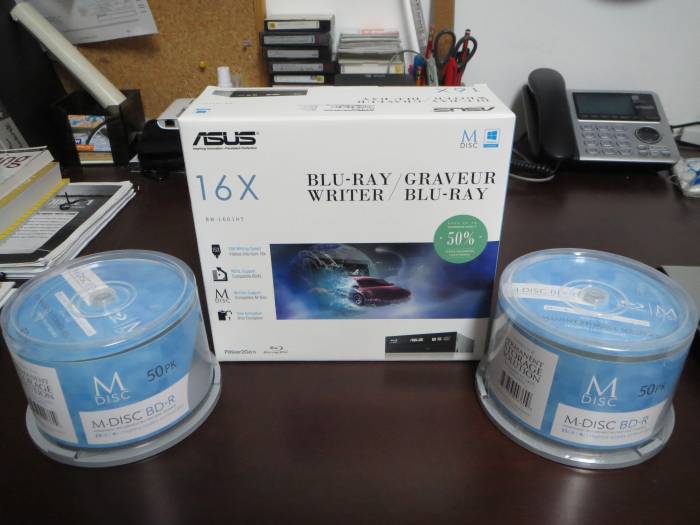 As of this writing, I have 1.54 TB of photos and videos. So I plan to slowly burn them to Blu-Ray over the summer, a disc or three or five a day. And of course I’ll be burning all new photo/video files from now on as they are ingested into the computer.

Cheap for the security.