I spent a few hours today cannibalizing old computers for usable parts, and doing an archaeological dig beneath my computer desk. 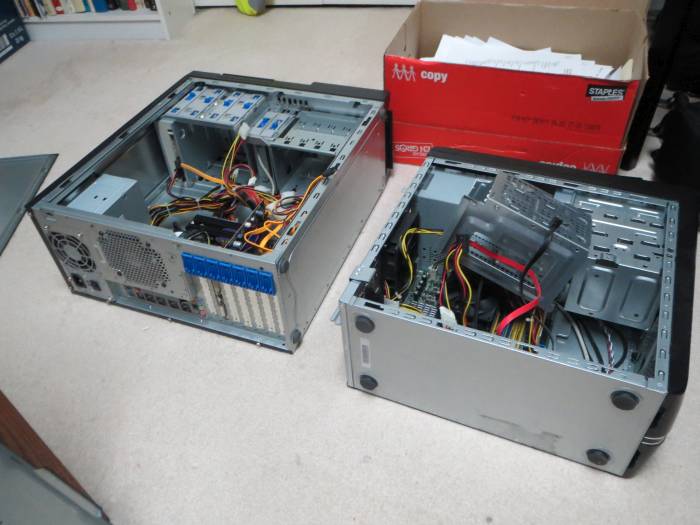 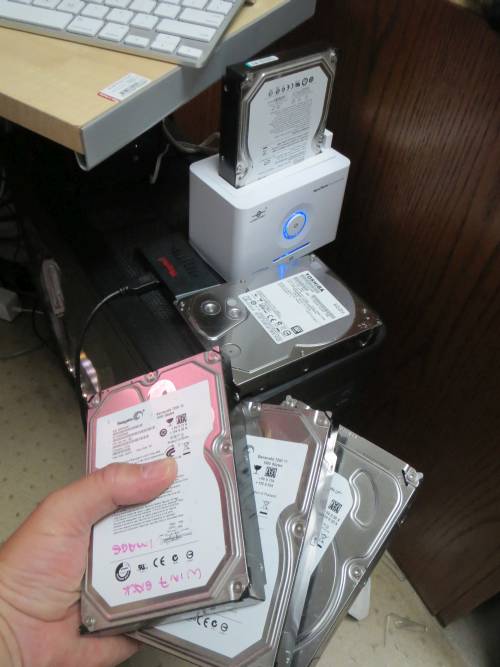 The old towers produced four hard drives of 750 GB, 1 TB, 1.5 TB, and 2 TB capacities. I’m reformatting all of them and will put them to use as secondary or tertiary backup. 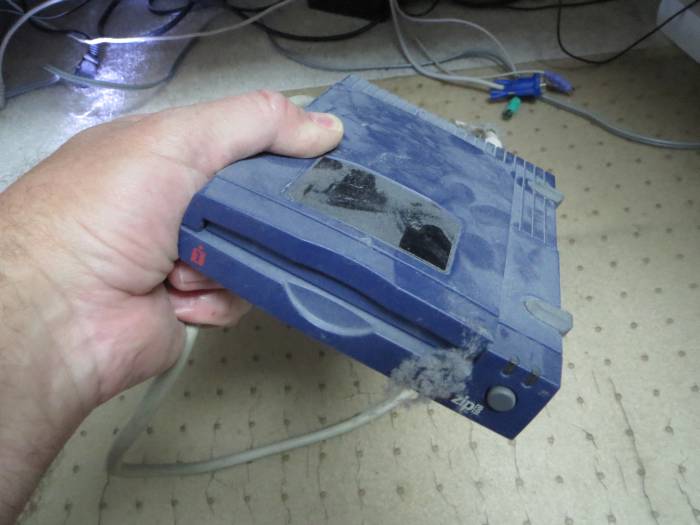 Zounds, as I tunneled over a decade into the timeline beneath my computer desk I unearthed a SCSI interface ZIP drive. I can’t remember the last time I used a ZIP drive, and I don’t have any computers with a SCSI card in them.

I think I’ll resurrect the second-to-oldest tower as a Linux box. It’s got a 4-core AMD processor, 6 GB of RAM, and a 512 MB video card, which should be zippy with Ubuntu.