Here are a few wildlife shots I like from my photography in 2014. I’ll add more over the year-end as I look for them: 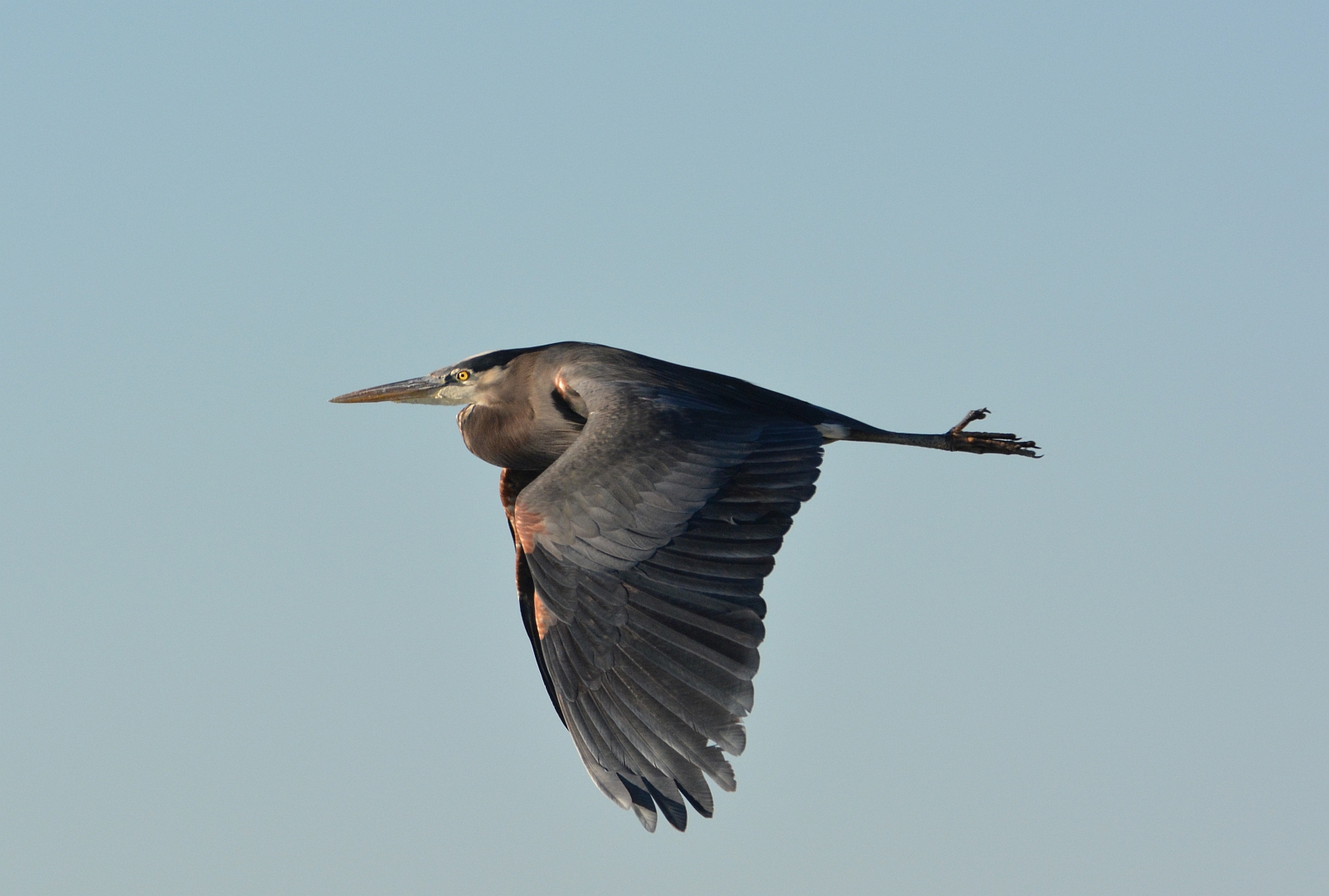 This is one of my most-commented-on photos posted to Facebook. A heron shot in flight yesterday at Garry Point Park in Steveston, BC 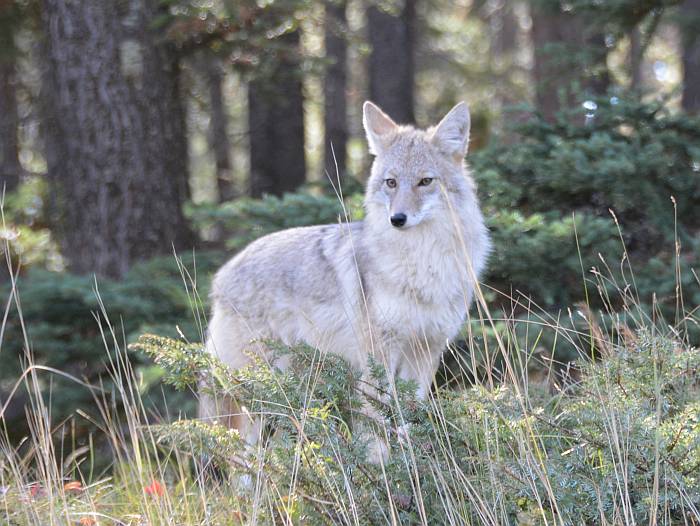 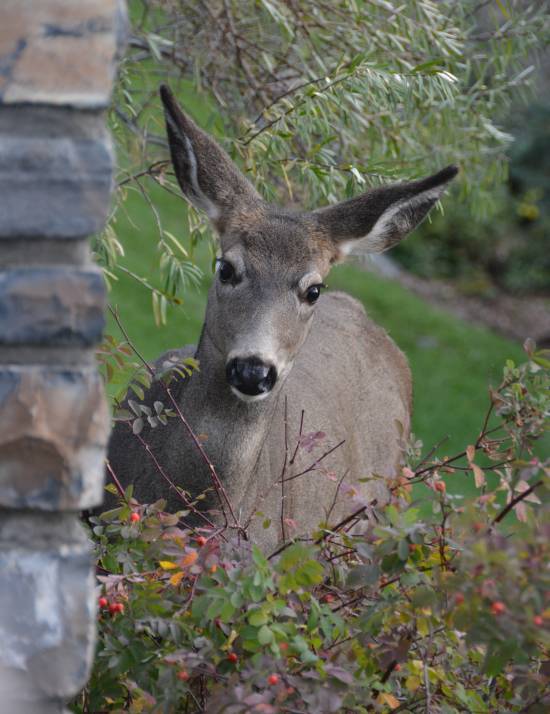 Deer near the town bridge in Banff, Banff National Park 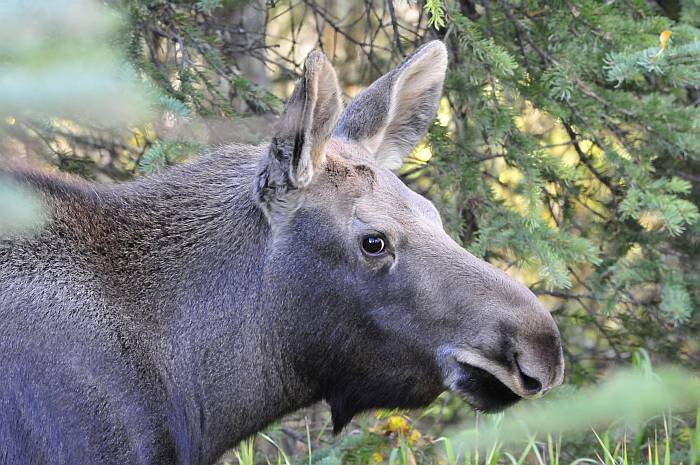 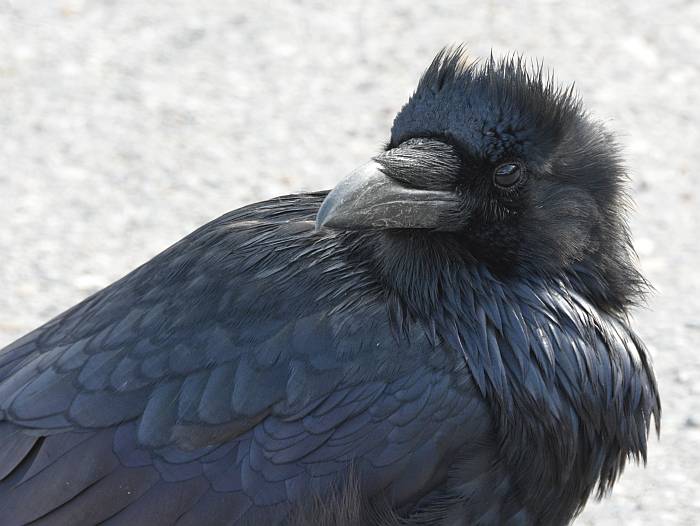 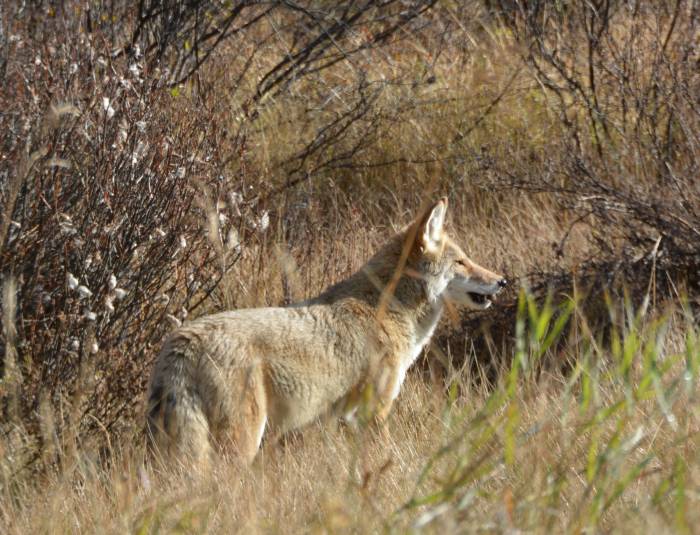 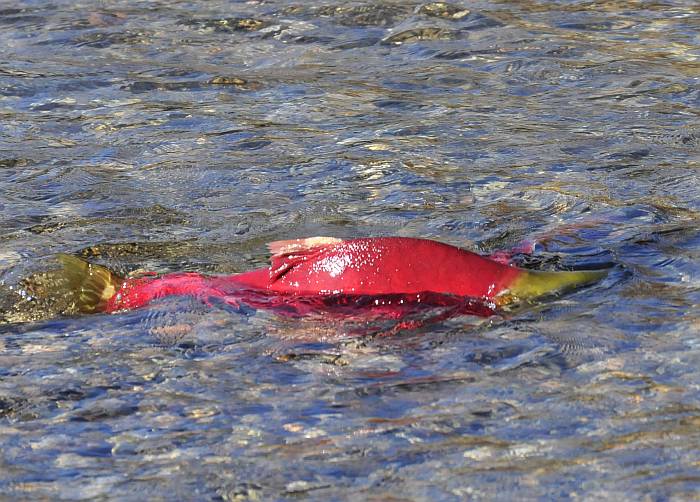 Male sockeye cruising up the Adams River in BC 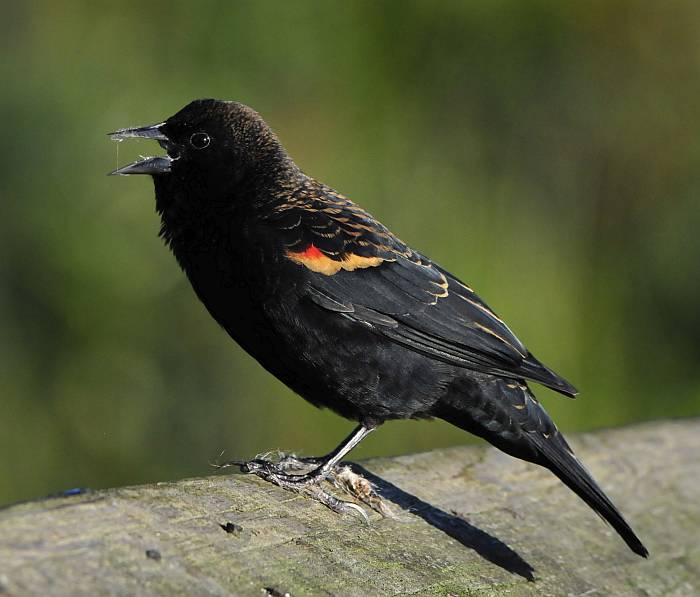 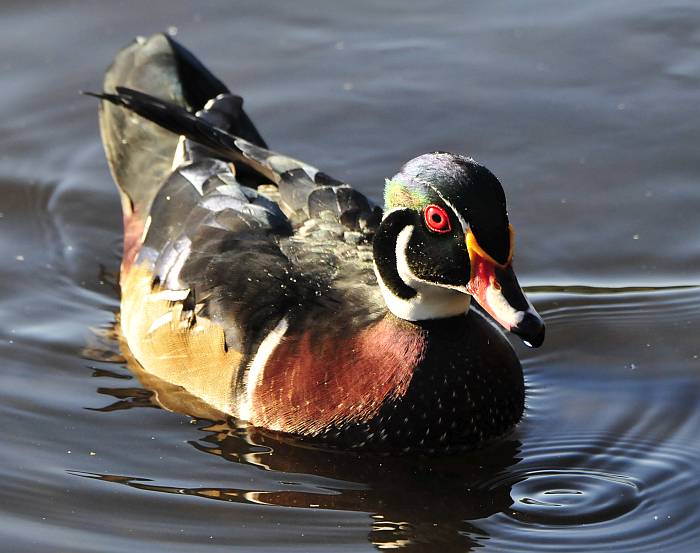 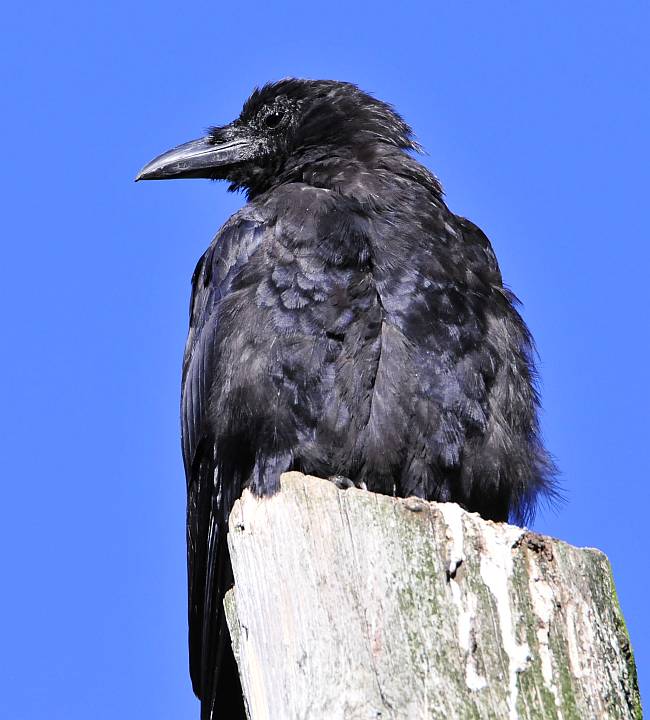 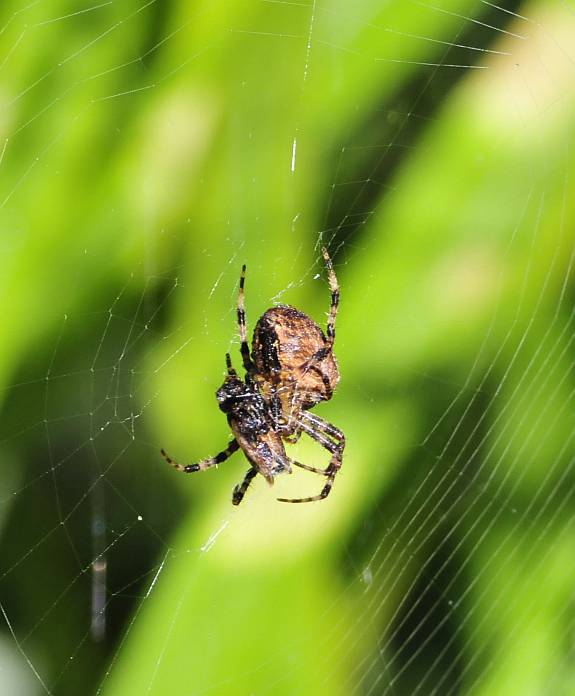 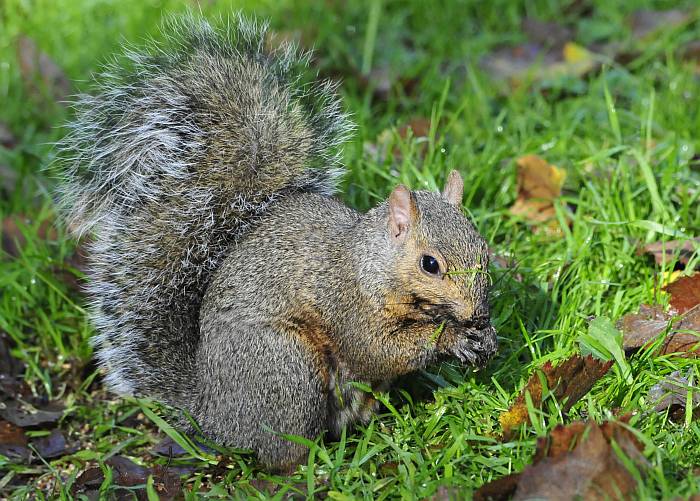 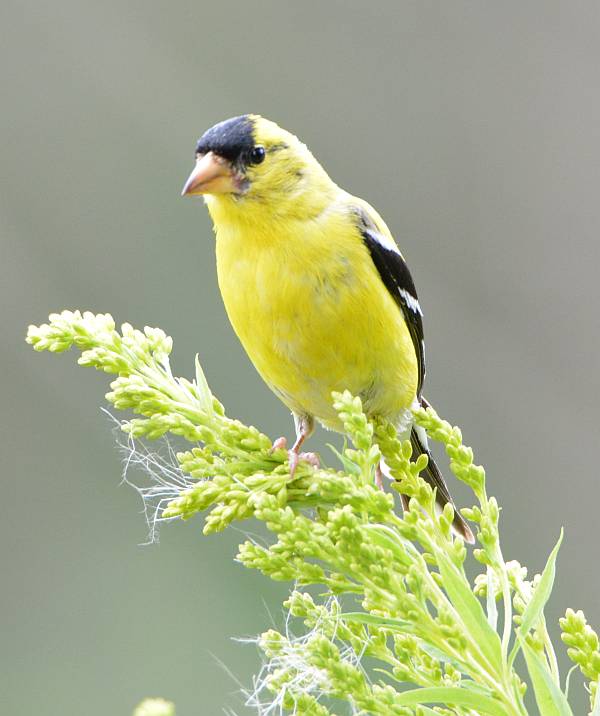 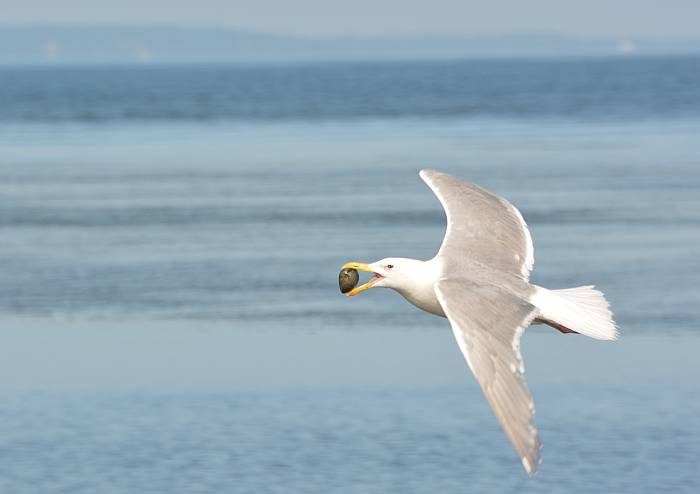 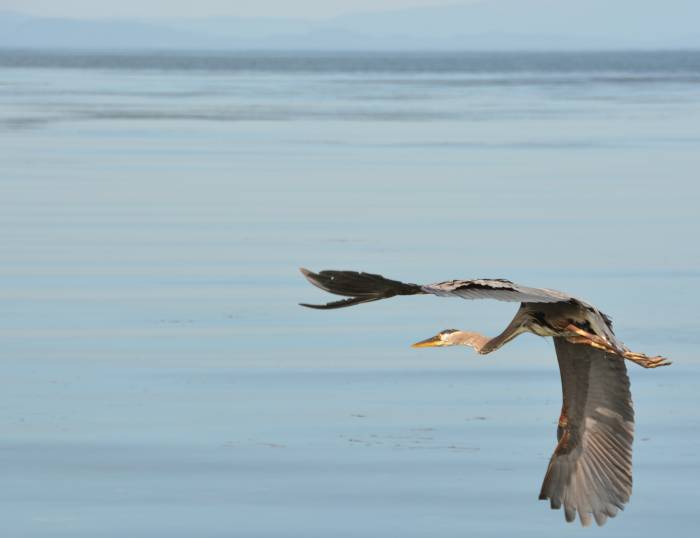 I got some nice shots down in Garry Point Park in Steveston, BC, this afternoon. 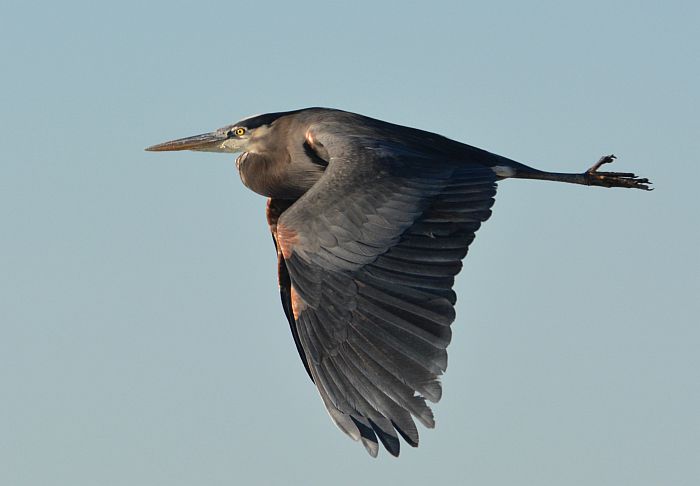 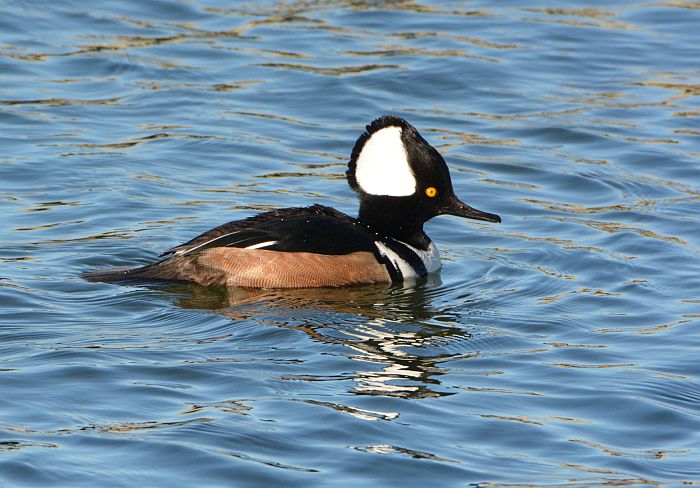 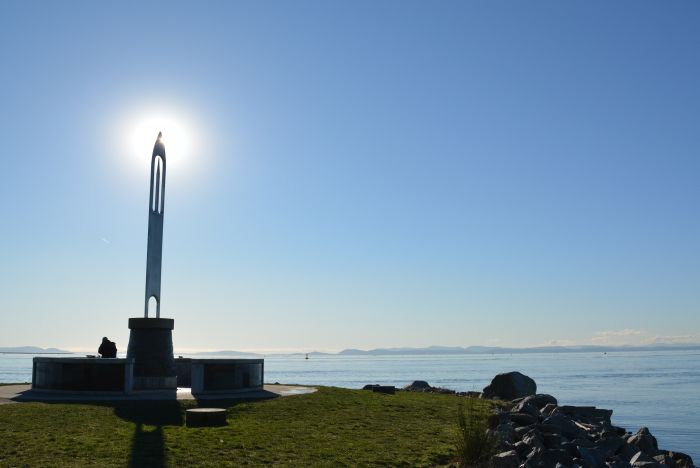 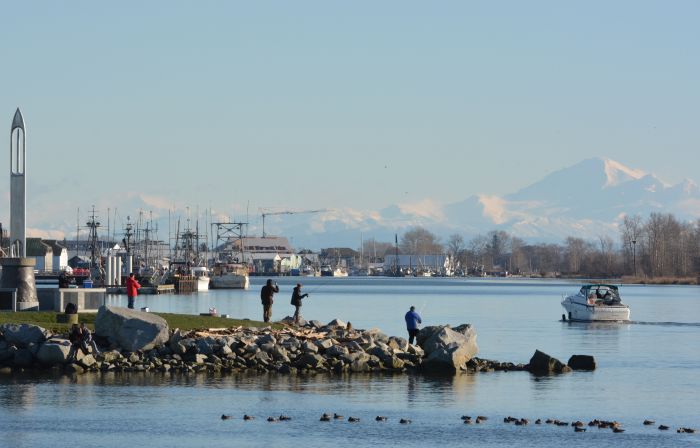 Steveston Harbour with Mt. Baker (WA State) in the background

Merry Christmas and Happy Holidays to all.

I finished my seven-week communication contract at the MS Society of Canada, BC & Yukon Division today. Thanks to all the folks who made it a pleasure to work there, staff and volunteers. It was great meeting you all, and the MS Ambassadors that I interviewed. My final task today was putting together a “2014 in Review” slide show of MS events all over BC — great images of inspirational people.

Unfortunately the last day at the office was a cacophony of sneezing, nose blowing, and coughing, with me included. I think I shall now sleep through Christmas, with just enough fresh air and exercise to help get rid of the bug.

We don’t use our fireplace much because it’s gas-fueled, and is not very efficient. Most of the heat goes up the stack, with little going into the house. For years we’ve aimed to rectify that, but other reno priorities always win the budgetary battle.

So we light the pilot light for only a couple of weeks each year, from near Christmas to New Year’s.

Here are two of my girls, my wife and cat, enjoying the fireplace. The third girl, the turtle, was under her broad spectrum lamp. 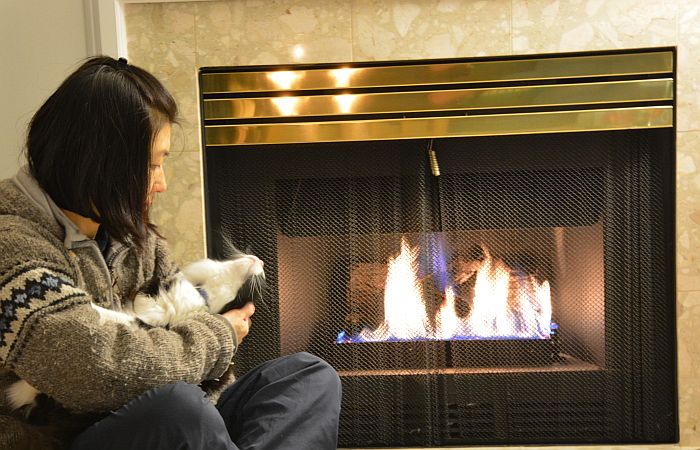 I’m nearing the end of a seven-week communication contract with the MS Society of Canada, in their BC & Yukon Division office at Metrotown in Burnaby.

I’ve been freelance editing and writing from my home office for nearly 15 years, so the thought of commuting and working at “a real job” in “a real office” with a bunch of strangers was a tad intimidating. I haven’t worked in an office since my journalism days in Tokyo back in the late 1990s.

But from the first day, all those apprehensions vanished.

The office atmosphere has been congenial, with warm, friendly folks eager to show me the ropes. It helps that there are lots of volunteers rotating in and out of the office every day, so staff are accustomed  to guiding newbies.

It doesn’t hurt that it turns out that there are two other Royal Roads University grads with the MA in Professional Communication in the office :-). Another common link.

In addition to some social media and document editing work, one of my main tasks has been interviewing MS Ambassadors  — people living with MS, researchers, and volunteers — who are willing to speak to the public and media about the disease, and to get additional training in public speaking and media relations. I’ve been writing up long and short ambassador bios that the society, and the ambassadors, can use in their outreach efforts.

It’s been an educational and inspirational experience chatting with these folks, and writing stories about their relationships with MS. The human spirit is amazing.

I’ve also had the opportunity to put my photography skills to use, documenting an MS Ambassador workshop in November, and popping by the gift-wrap booth in Metrotown near Winners several times to shoot a few of the nearly 200 volunteers wrapping gifts by donation to help #endMS. Got some gifts at Metrotown? The volunteers will be there during mall hours through Dec. 24.

Here’s an email that I just wrote to Pono Music:

I really wish you wouldn’t use UPS.

I just received a notice from UPS that I will be charged a C$71.80 “brokerage fee” to receive my Pono Player. That’s outrageous considering there is supposedly free trade between the US and Canada.

I have never been charged brokerage fees for orders from the US by FedEx or USPS.

I strongly recommend that for shipments to Canada you do NOT use UPS.

Disappointed that my Pono will cost me an extra $70.

Sigh. It seems I often have trouble with UPS. No point in arguing with the poor guys who deliver, they have no explanation and can’t speak for the company.

I have actually not ordered some items when UPS was the only shipping choice. I’m sorry retailers, but jeez UPS what gives?

Me: “It says it won’t arrive until mid-January.”

I’ve already given her some funny Ts that I bought for myself so she can wrap them for me.

And yes, we reuse wrapping paper from year to year within our household, until it gets too ratty, and then the cat gets to play with it before it goes in the paper recycling bin.

As I’ve posted in years past, there’s not much that we want, and less that we need. In our horrendously over-consuming society, we decided years ago that we each inform the other of one or two gifts that we want, and will actually use.

Takes some of the fun out, but we allow surprise stocking stuffing, and a few minor, dollar-store type gifts of under $10 that come from “Santa” under the tree, often to both of us .

I’m a member of the Editors’ Association of Canada, and awhile back I was asked to write a post for the Editors Canada blog.

I chose the topic of collaborating via Skype, using the example of Language Lanterns Publications. Blog post here.

Folks with zero interest in military history can skip this rant .

Saw this on FB today:

Just before 8 a.m. on December 7, 1941, hundreds of Japanese fighter planes attacked the American naval base at Pearl Harbor near Honolulu, Hawaii. The barrage lasted just two hours, but it was devastating: The Japanese managed to destroy nearly 20 American naval vessels, including eight enormous battleships, and almost 200 airplanes. More than 2,000 Americans soldiers and sailors died in the attack, and another 1,000 were wounded.

1) The attacking planes that caused most of the damage were bombers and torpedo planes, not fighter planes.

2) A barrage is commonly artillery fire. I would have called this a “two-hour attack” or a combination of bombing, torpedoing, and strafing.

3) Of the eight battleships damaged or sunk, seven were eventually raised/repaired and six went on to fight in the war. They were not destroyed. The only one “destroyed” was the Arizona, which is now the well-known memorial at Pearl.

I know that over time people conflate definitions and things get progressively mushier. But I’m in the camp that if you want to write about something, you have to learn the subject matter and vocabulary.

Yumi and I zipped down to the Richmond Nature Park after I finished a workshop today. There was a live owl display, and we also walked one of the bog trails. Bogs are such cool places! 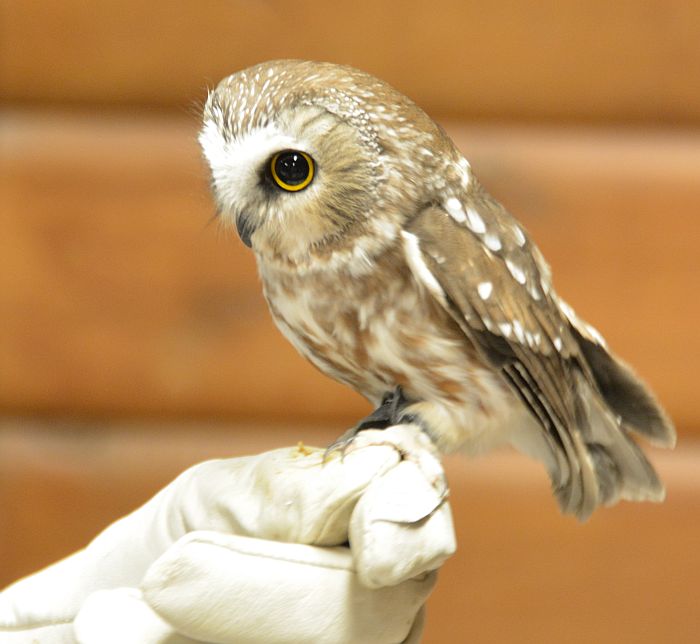 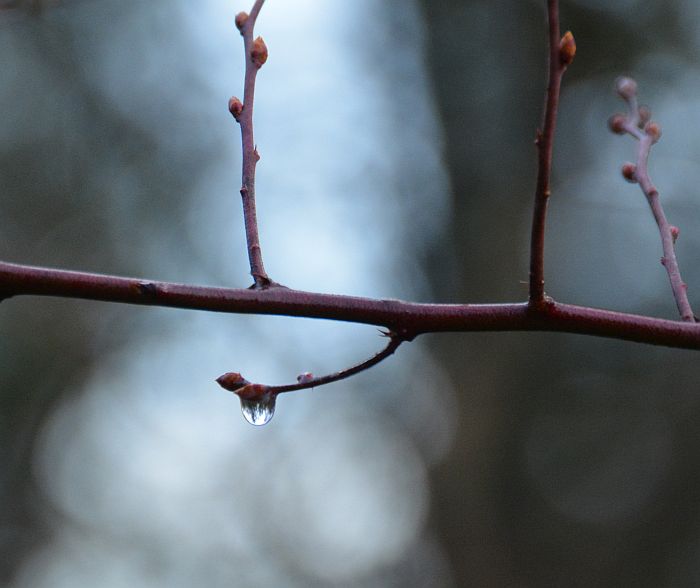 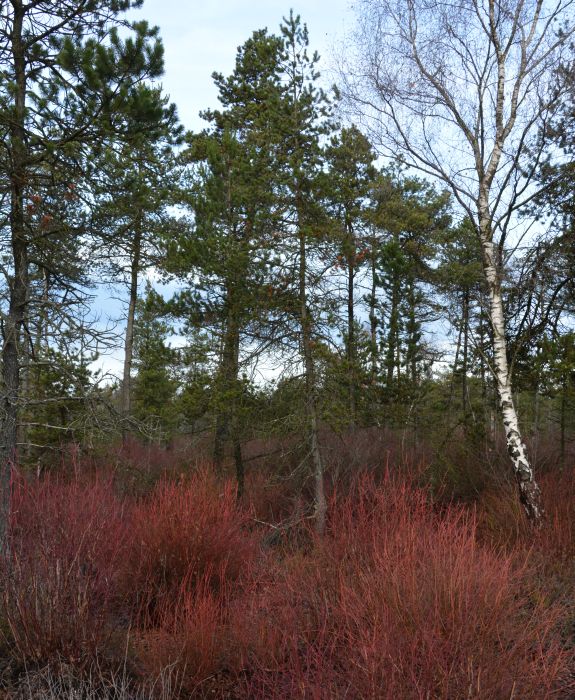 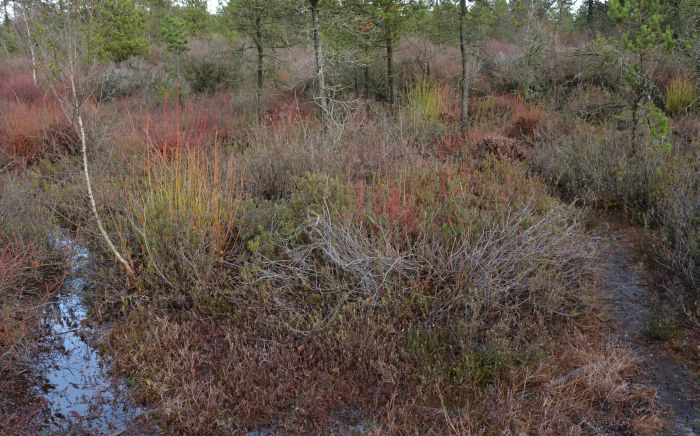 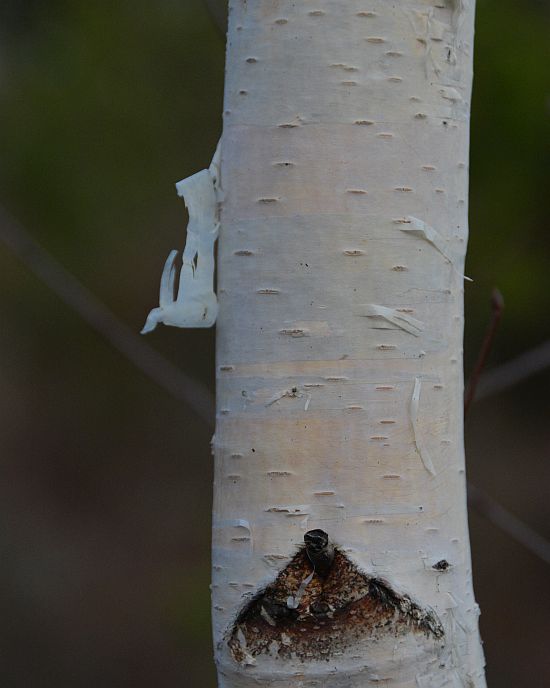